Why do we travel? I am 8000 miles from home, as far as I have ever been, and gazing from our ship through low cloud and driving rain towards a distant, undistinguished flat landscape. Soon I will board a tender pitching in swelling, dark seas to embark on a four hour walk through town and country. Welcome to the Falklands.

Conjure if you will what you know of these islands. If you are aged 45 or under I imagine you may not know very much. For those of my generation these islands bring to mind the conflict with Argentina over ownership of these barren lands which escalated to war in 1982. I remember those days, when I was a student, before the days of rolling 24 hour news channels, where we tuned in to the news bulletins or special reports to follow the progress of what was, by many standards, a relatively short and bloodless struggle in which the British prevailed.

Historically, Port Stanley was established by the British in 1845 and mainly functioned as a deep water port for vessels navigating the Straits of Magellan. The wrecks of more than twenty vessels pay testament to the treacherous Atlantic storms. 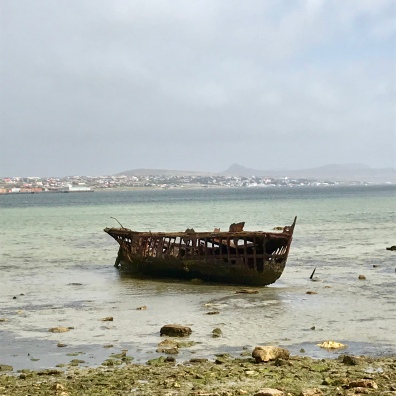 Today these islands are home to some 3000 inhabitants, 2500 of whom live in the only significant conurbation, Port Stanley. It is an unashamedly British place and somehow glorious for it. From its flag featuring the Union Jack, to its red pillar boxes and phone boxes, the Jubilee buildings and the poignant memorials to the fallen, one cannot escape the fact that, in the most recent census, 98.8% of residents expressed a desire to be regarded as British. I wonder what the equivalent figures would be for residents of the United Kingdom. 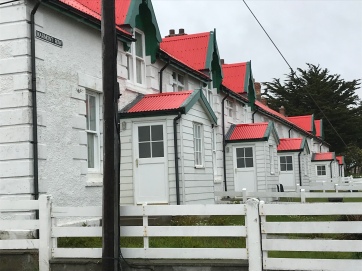 Jubilee buildings
Margaret Thatcher is worshipped here, as the leader who liberated the islands. A statue in her honour stands between the war memorials and the Governors House.

It is surely this sense of identity which goes a long way to explain the durability of these islanders. This cannot be an easy place to call home. Granted, the cloud did lift to reveal blue skies and give credence to our guide’s claim that they enjoy a dry climate, but the constant wind and a seasonal temperature range between 5 and 13 Celsius attests to a requirement for hardiness. I enjoy solitude and my own company, yet I have access to leisure and entertainment facilities should I choose so to indulge; here, the arrival of the islands’ first cinema, its only significant cultural or retail outlet, bears witness to the spartan lifestyles most elect to pursue.

Education is provided to GCSE level. Primary children outwith Stanley, have teachers who come to live with the family for periods of two weeks. For secondary education, students from out of town must board during term time. Education beyond secondary school requires relocating, normally to the UK. Health care is provided by five general practitioners, who also provide hospital based care for relatively minor conditions. More serious medical problems are again moved overseas – urgent cases by air ambulance to a German facility in Santiago and elective cases to U.K. Hospitals; a reciprocal arrangement allows Falkland islanders to receive NHS care.

There is no unemployment here; why would there be? If you cannot or do not wish to work, this is no place for you to be. Employment is provided by tourism; today, visitors from our cruise ship will double the islands population. Farming, mainly sheep for wool and, less so, meat is important. Recent discoveries of significant offshore deposits of oil raised hopes of a windfall, only to see those hopes dashed by plummeting oil prices causing the oil companies to reconsider the economic case for extraction. Islanders hope the recent recovery in oil prices may lead to a reassessment of this decision.

So, why has our ship anchored offshore and what are we arriving in a fleet of tenders to see? For some, the battlefields of the conflict will be of academic or even personal interest. To see Tumbledown and Goose Green, to see the names of ships which took part in the liberation of the islands picked out in painted stones, to stand in quiet contemplation at the memorial to those who died while liberating these desolate lands evokes memories many of us had forgotten. 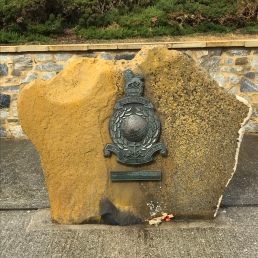 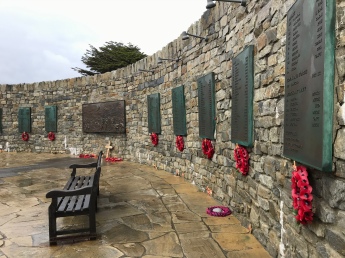 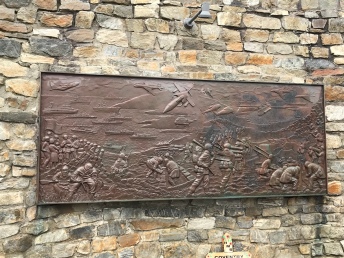 For me, it was fascinating to walk through Port Stanley, with its timber kit houses and bright corrugated iron roofs, its churches, post office, hospital, school, shops and wonder just what it must be like to spend every day of your life here, where half an hour’s stroll pretty much takes it all in. Highlights include Christchurch cathedral, the world’s southernmost Anglican cathedral, built in 1892, and the whalebone arch, constructed in 1933.

The islands are famous as a wildlife haven, in particular for bird life. As the day brightened and warmed it was a pleasure to drive out of town to Whalebone cove, the site of the largest of several shipwrecks we would see, and walk around the coast to Gypsy Cove, with its colonies of Magellanic penguins. Our guide helped us to identity numerous bird types along with the native flora.

As we walked a coastal path on peaty soil, surrounded by low heather-like plants, looking out on shores consisting both of rocky shallows and pristine white sands, it was easy to imagine I was on a Scottish island. At our destination, the magnificent white sands brought to mind Arisaig or Wester Ross; their utter desolation is a sad legacy of the war – the beach remains wired off as land mines have yet to be removed. 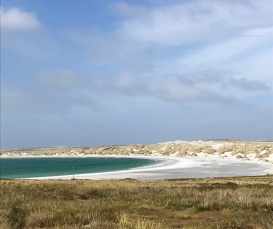 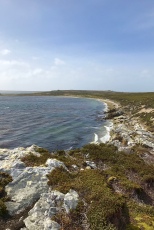 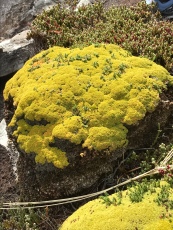 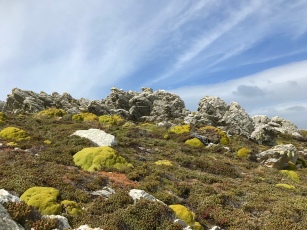 Safely on our guided route, we rounded the point to be rewarded by clusters of Magellanic penguins, waddling along the white sands and occasionally taking to the water with their customary grace. 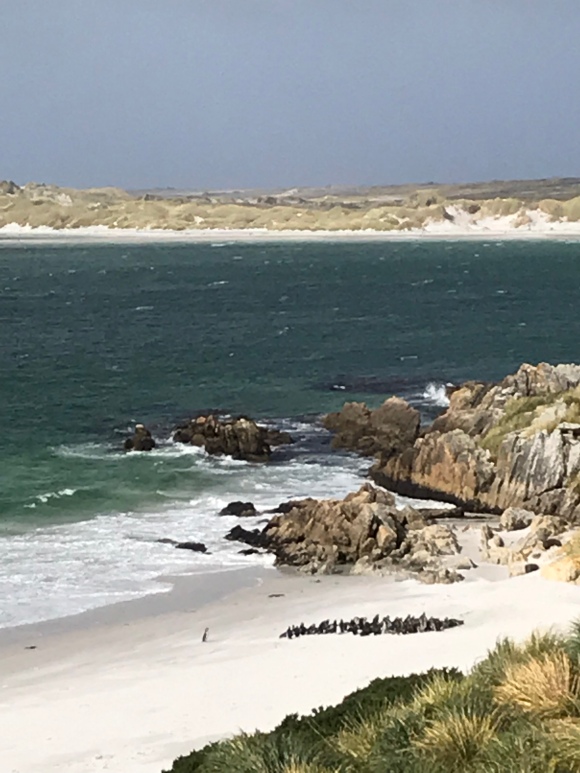 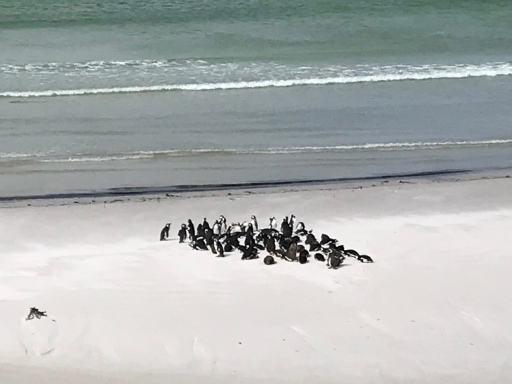 The Falklands is the most remote, perhaps unlikely, place I have ever visited. I reflect on it as an intensely rewarding one, where a combination of town and country trekking allowed the islands to unfold their appeals to me. These islands will always be associated with conflict and bloodshed but are home to a very proud and resilient group of British people who choose to live their lives in a uniquely, sparsely beautiful place.